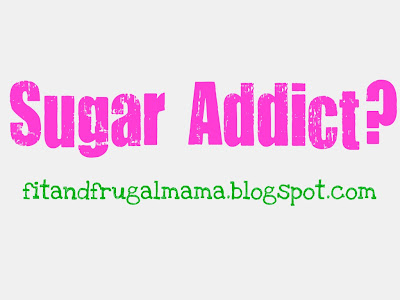 I've been debating and debating publishing this post...but I think that it might help others so here it goes..


I’m addicted to sugar, and junk foods (I’ve been told before that you can’t technically be addicted to sugar or junk food but to me that’s how I look at it). I can’t have just one bite or just one cookie; nope I want the whole thing. I am getting a lot better since starting weight watchers, it has helped me learn again how to eat in moderation and actually follow the serving guide. (Just so you know I'm not a registered dietitian or have a medical degree, this is just what has worked for me)


I don't usually feel like I'm missing out on anything. I still have healthier versions of sweet treats but I always make sure that they are less than 12g sugar per serving, and I only eat a serving of them. During the holidays I made a low sugar version of Monkey Bread, I thought it was really delicious, and I didn't feel like crap after eating them. Also I made Skinny Cinnamon Buns they are low in points and low in sugar, they satisfied my craving for Cinnamon Buns after seeing a ton of ads for the Pillsbury kind. Honestly I like mine a lot better, again they were low in points, low in sugar and I don't feel gross after eating one. The key word there is one, before I would have had three or four and felt so sick, and guilty about eating those.

It’s been a year that I haven’t had more than 12 grams of sugar per serving, not going to lie, it’s been hard but it is so worth it! I am a happier person overall, it might be partly to do with my weight loss, but I probably wouldn’t have lost as much weight as I have had if I had not limited sugar. My skin is much clearer (even though it’s still not perfectly clear, it’s much better than it had been).I have more energy. I don’t get the sugar high and then come crashing down an hour later, just to need more sugar. I hope that this has motivated you to limit sugar, or to just look at how and what you're eating. Maybe even break the cycle!